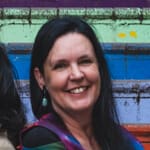 Since the pictures speak more than a thousand words, in this post I will tell mainly through photos about the largest and most famous of the Princes´ Islands, Büyükada. You’ll also experience a little bit of history as you will see a short video taken of a traditional horse-drawn carriage ride (Phaeton) with views of the nature and sea. Horses were swapped for environmentally friendly electric vehicles in 2020.

In the first part of my previous post about the Princes´ Islands, I told about all the islands in general and the ferry connections, so this time we will only focus on Büyükada. A warm welcome to this unique and adorable island in the arms of the Marmara Sea! 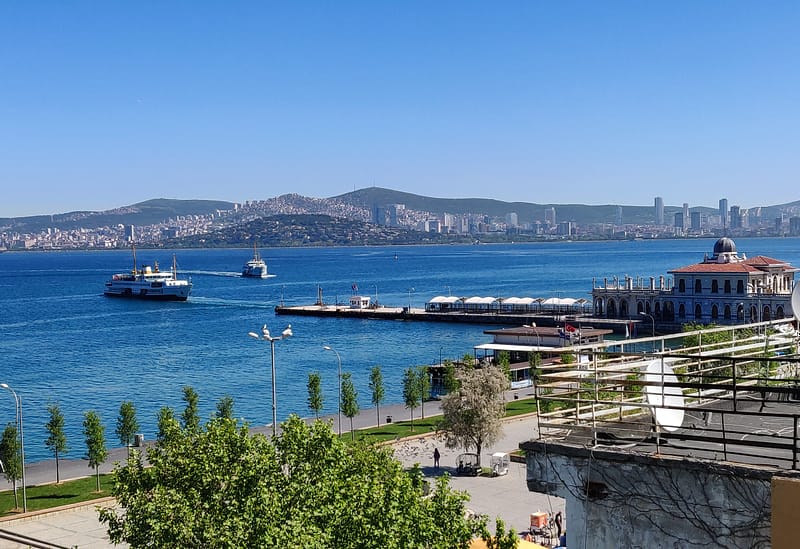 In the first half of the 20th century, Büyükada was popular e.g. among the wealthy Turks, Greeks and Armenians. Even today, the island is a coveted and expensive residential area in Istanbul, but also a fantastic and scenic day trip destination for both tourists and locals.

Büyükada is a long island in the form of two mountains with a plain between them, called Büyükada Amusement Park Square (Büyükada Lunapark Meydanı).

You will arrive by ferry to the harbor in the northern part of the island, around which the city center is spread out. After a chaotic and enormous Istanbul, the center area is charmingly village-like and peaceful. However, the summer weekends can get hectic and crowded, so at that time I recommend arriving early in the morning.

The center consists – even far up to the mountain slopes – mainly of idyllic, historic, wooden lace villas and their charming gardens. You can find piquantly beautiful views from everywhere.

Büyükada has many historic churches, monasteries and mansions that tourists can visit. The island is also home to e.g. the historic (unfortunately in poor condition) Prinkipo Greek Orthodox Orphanage (Prinkipo Rum Yetimhanesi), the largest wooden building in Europe and the second largest wooden building in the world. In addition, in the central part of the island you will find the Dilburnu Nature Park (Dilburnu Tabiat Parkı). Here are just a few picks from a variety of places to visit, more information can be found here:

To me, Büyükada represents a visually fascinating natural site which breathes magical and uplifting energy. You can also choose to stay overnight in the nature, as there are many idyllic hotels with their own beaches in different parts of the island. Probably the widest range of hotels can be found on Google by typing in ´Büyükada Otelleri´.

A sightseeing tour around the island

Traffic is banned on Büyükada, so to get about on the island a wide variety of (mostly tiny) electric vehicles are used. For your visit, to really enjoy the stunning views of the sea, I recommend a trip around the island in modern electric cars, which are like minibuses.

Instead of the traditional horse-drawn carriage (Phaeton) – whose demise was debated for years – IMM’s environmentally friendly electric vehicles began operating in July 2020 in the Princes´ Islands and they were first introduced into service specifically on the island of Büyükada. Please, be sure to check the correct route before getting in the vehicle, as there are several routes on the island.

In addition, only the Istanbul Card (İstanbulkart) can be used to pay for the ticket. So you can´t use your debit card or cash. (Please note that you cannot pay for more than one person’s trip with one card).

You can also go on a meditative hike in nature from Büyükada Amusement Park Square (Büyükada Lunapark Meydanı) located between the mountains, and climb the path to the top of the mountain where the Aya Yorg Church (Aya Yorgi Kilisesi) is located. I highly recommend this, because the area is special and beautiful with its terrace restaurants in the middle of nature, in majestic scenery.

The majestic scenery of the mountain of Aya Yorg Church.

The sunset from the mountain of Aya Yorg Church is naturally breathtakingly stunning, but be precise in timing as it is over in an instant.

Büyükada is also a perfect place to visit for lovers. I think the island is one of the most romantic places in Istanbul.

Although we now bid a longing farewell to Büyükada, luckily we can always return. Why don’t you rent an apartment here for your next visit for the summer, and in this way you could combine both the nature and the beach holiday as well as the interesting possibilities of the historic metropolis of two continents… Istanbul is wonderfully diverse!